Would you like to experience a feeling of playing a puzzle game in a horror game? Then you came in the right place! You live in an old Japanese house and after a long working day you come home. There is a strange game on your computer...  but who installed it?

Thank you for playing! Please, leave me a comment and support further development!

An interesting game. Had a lot of run testing it.

Pros and cons are down below) Check out my vid here (likes and subs are highly appreciated, the game is the 2d there)):

The concept is very cool! I really enjoyed being at the same time in the game and in the game inside the game. It's cool that you could see how your actions affect both worlds and how the player is walking on the monitor when you are away from the computer. I t was something new and I enjoyed it a lot!

I guess it would be cooler if there would be an option to change the outcome and to save the player. Also, I would prefer if the creepy sounds would mean something more instead of just being creepy ambiance cues. When you hear someone walking around it would be really cool if that would be an actual thing. Also, I was expecting the door to give me a spook, I think it was such a good opportunity!

I would rate this game 4 meta demons / 5. Enjoyed playing it a lot but I still believe that it could be scarier. The concept was very cool and original tho)

Hope my feedback was useful!

how do you pass level 3

check the videos here in the comments :)

This is an interesting inception like game, I started scaring myself half way through the game despite there being little indication of any monsters. Loved it

I had an great way of remembering the code 🤣

Interesting concept,and yes I know this was a quick make up but there wasn't much horror to it, it just felt more like a puzzle.

I guess the creepiest thing would be the shadows and the footsteps outside the door.

Also the ending made me think there was more with the "?" At the end. THE DECEPTION LOL. Still enjoyed regardless devs 👍

thanks! you're right, I didn't focus on the horror part enough

Still excited to see what you guys put out next. Alot of potential!

how do you get past the level with all the candles?

brute force it? i dont get it

me also stuck there help creator

cmon man help me pls i am literally stuck

really fun game. I would love to see more levels and maybe a monster that actually comes to kill you, but over all. really good game.

thanks! got it, after the next game I'm going to focus on the horror part and the monster

really good game and cool concept ! id like to see this game further in development .

thanks, but I'm not sure about it

I loved this! Some of my recent favorite horror experiences have been games within a game, and 3.5DEEP doesn’t disappoint. The developer assures the player never feels safe through use of sound and limited movement. So many times I tried to close that door! Very well done!

thanks! it was interesting to watch. a like from me!

It took until level 3 to figure out its adding things to my room.

I played your game in my video

I liked it :) I didn’t have any issues playing

Reply
Antony.Bunkum266 days ago(+2)
This game is brilliant! I really liked the idea of a game within a game, with an impact of the things around you as you played. The visuals are great and the suspenseful sounds in the background really add to the creep factor of the game. Puzzles are simple and effective, and it would be a game I’d play again in the future. I’ve included this game as part of my “3 scary games” video.
Reply
TNTC-Lab262 days ago

Reply
BerryDeaf266 days ago(+1)
Interesting game. You did a good job of making it a bit unsettling to play a game. The clock arms were a bit hard to find, I would make them bigger. Its a cool short game. Your game is the second one in the video.
Reply
TNTC-Lab262 days ago(+1)

thanks, but it would be even shorter if everything was obvious :D

I just noticed something-

for all you weebs including me-

is it just me or-

I love how your bakagou and I'm deku :)

His candles in real lifea:*turn into a ritual*

also do i have to kill myself at the end

Overall, a pretty fun and interesting game, but we do have some suggestions for it though. (We mention these at the end of the video.)

This game was unique but could have been executed better BUT was very creepy and kept me on edge the whole time... and I suck at puzzles... (Game 3)

thanks for the video!

Needs a little bit more at the end but overall great game.

Reply
OniiChance268 days ago(+2)
them candles... i hate candles..but i like how a computer game affects his reality!
Reply
Adrionic270 days ago(+1)

This was very cool! I enjoyed the process of trying to figure out the puzzles. Gave some thoughts at the end of the video. Great work!

a bit cringy but funny :D thanks for playing

Gave it a Let's Play

totally agree that the character is quite dumb. thanks for the feedback!

i'm such a Chad i finished this game first try

This is an incredibly cool concept, but I think the horror was too hamfisted to really hit. The player knows what's going on essentially from the first level.

thanks! totally agree. even this took a lot of time. maybe I'll consider something bigger but not for free of course

Good game. The interaction between worlds was very interesting, but I must confess that the horror element was a little weak. But was cool playing the game after all. Good luck with your next works.

thank you! that's true. I had to finish this project because it already took a lot of time

Hello, I played this game and I really liked it, the concept was very cool and I liked the details of the sound effects and the environment was pretty neat too, good work :)

Thank you i really appreciate it :)

So much fun. It was even better because there was a sense of immersion. Formal release is expected

thanks! that's definitely a LIKE from me. it was really interesting to watch. I wish you a lot of subscribers!

PS: link in video's description is wrong. could you please fix it? thank you! 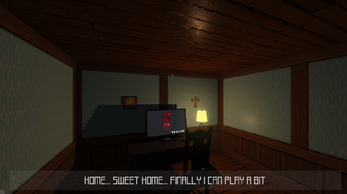 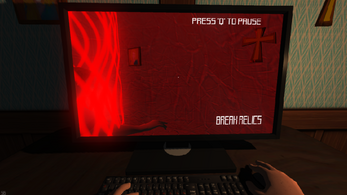 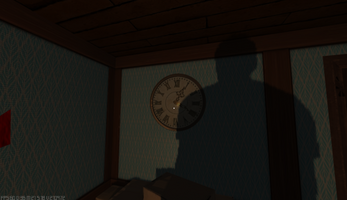